THE SYMPOSIUM
~ By Plato

Our original nature was by no means the same as it is now. There was a kind composed of both sexes and sharing equally in male and female. The form of each person was round all over; each had four arms, and legs to match these, and two faces perfectly alike. The creature walked upright, and whenever it started running fast, it went like our acrobats, whirling over and over with legs stuck out straight, swiftly round and round.

Now they were so lofty in their notions that they even conspired against the gods. Thereat Zeus and the other gods were perplexed; for they felt they could not slay them, nor could they endure such sinful rioting. Then Zeus said “Methinks I can contrive that men shall give over their iniquity through a lessening of their strength.” So saying, he sliced each human being in two. Now when our first form had been cut in two, each half in longing for his fellow would come to it again; and then would they fling their arms about each other and in mutual embraces yearn to be grafted together. Thus anciently is mutual love ingrained in mankind.

Well, when one happens on his own particular half, the two of them are wondrously thrilled with affection and intimacy and love, and are hardly to be induced to leave each other’s side for a single moment. These are they who continue together throughout life. No one could imagine this to be the mere amorous connection: obviously the soul of each is wishing for something else that it cannot express. Suppose that Hephaestus should ask “Do you desire to be joined in the closest possible union, that so long as you live, the pair of you, being as one, may share a single life?” Each would unreservedly deem that he had been offered just what he was yearning for all the time.

The craving and pursuit of that entirety is called Love. If we make friends with the god and are reconciled, we shall have the fortune that falls to few in our day of discovering our proper favorites. Love is the god who brings this about; he fully deserves our hymns. If we will supply the gods with reverent duty, he will restore us to our ancient life and heal and help us into the happiness of the blest. 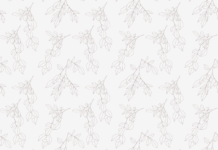 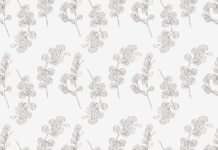 Excerpt from the Velveteen Rabbit

Excerpt from the Velveteen Rabbit